With their potential to reconfigure trade corridors and dramatically improve metropolitan public transport, it’s no surprise that major railway and metro projects represent a growing priority for Gulf states, in concert with plans to drive economic development and diversification.

Metro projects are underway in key cities across the region, including Riyadh, Dubai, and Doha. Meanwhile, countries like the UAE and Saudi Arabia are continuing to make headway with their national railway networks.

Proof of concept comes from the UAE. Dubai Metro carried more than 190 million passenger rides in 2016, demonstrating the popularity of rail as a form of public transport. Meanwhile, the opening of Phase 1 of Etihad Rail, which links Shah and Habshan to the Port of Ruwais, removed significant truck traffic from the roads and, in doing so, highlighted the benefits of moving goods and material by rail.

Despite such upsides, the construction of rail infrastructure is expensive, and the GCC’s macroeconomic climate – recast by the post-2014 oil price decline – has brought the progress of planned projects, and the prioritisation of new developments, into question. Most obvious is the deferred delivery timeline of the GCC Railway Network. Originally slated for 2018, an updated target of 2021 was agreed upon following a ministerial-level meeting in 2016.

The timeline for the pan-regional rail infrastructure has been hampered by a lack of clarity from Saudi Arabia in terms of when it will build its portion of the network connecting with the UAE border, according to Helmut Scholze, partner at Roland Berger Middle East, a consultancy that specialises in transportation, civil economics, and infrastructure. In effect, this ambiguity meant that there was little point in the UAE’s Etihad Rail proceeding with its planned Phase 2, which would link to Saudi Arabia. In turn, there was less of an incentive for Oman to connect with the UAE, since it would not be able to connect to the kingdom – the GCC’s largest market.

Now, both the UAE and Oman are focusing on building rail sections that can be used to move aggregates and reduce heavy vehicle traffic on a domestic level, Scholze adds. Even so, given rail’s potential to facilitate economic diversification, he is confident that the GCC Railway Network will be completed.

Another industry source, who asked to remain anonymous, is also optimistic that the regional network will materialise, but questions the current delivery targets. “The earliest [completion date for the GCC Railway Network] will be 2025 but, if you look at it realistically, the most likely completion date will be 2030,” the source commented.

When it comes to alternatives to financing rail from state budgets, public-private partnership (PPP) agreements are unlikely to be feasible in the rail sector. The large amount of risk that corporate stakeholders would be expected to take on, coupled with a lack of proven market demand, make it difficult to attract private investment, according to Scholze. “If you don’t have an existing network, and demand projections are not [very] clear, it may be difficult to bring in investors for PPP,” he explains. Scholze believes a more viable option is for rail operators to develop diversified business models – such as non-fare box revenue streams – or a national rail company that integrates logistics and other services within its operations.

Successful models can be found on the international stage. In Hong Kong, metro developer, MTR, receives 60% of its revenue through non-fare box streams. In Germany, privatised national rail operator, Deutsche Bahn, has developed a logistics business that extends beyond rail alone.

Despite uncertainty over the longer-term future, there are already numerous rail projects underway across the Gulf, with major contractors, sub-contractors, and consultancies engaged in building railways and metros that are typically designed to last for at least a century. In addition to the region’s often difficult ground conditions, the complexity of these projects is amplified by the length of their construction corridors, and the myriad other structures they are likely to encounter along the way, according to Karim Khalaf, director at ByrneLooby.

The engineering firm has worked on a number of major rail projects in the region, advising contractors and consultants on the design plans before they are submitted to the authorities, as most are design-and-build (D&B) contracts. Companies like ByrneLooby perform a critical function in projects where plans and designs are prone to major revisions, whether due to ground conditions, scheduling, resource availability, or even shifts in portions of the

corridors.With contractors and consultants under extreme pressure to deliver projects on schedule and within budget – all the while maintaining quality – Khalaf says that engineering advisors play a crucial role in enabling clients and stakeholders to remain confident that revised designs will be safe, while meeting final requirements. In one instance, on Abu Dhabi’s Ruwais-Habshan line, ByrneLooby was able to save the contractor a large amount of time and money by demonstrating how materials excavated on site could be reused and compacted to meet the original specifications.

For any rail line, significant effort is necessary to determine ground conditions through the use of bores, as soil conditions can vary significantly, both vertically and horizontally. Khalaf explains: “Rail is a long-term, primary infrastructure, so you really have to [resolve] all uncertainties related to the ground. A shallow investigation that would be appropriate for a highway will not be sufficient for a railway.”

Indeed, every aspect of a rail project must be carefully controlled to ensure that the finished work meets specification, and is built to perform in local ground conditions. Advanced Construction Technology Services (ACTS) is one of the firms tasked with measuring ground conditions, and ensuring that cast concrete is fit for purpose, on Saudi Arabia’s Riyadh Metro.

Khaled Awad, chariman of ACTS, notes that, in Riyadh, ground conditions are soft. This meant that, at certain points, contractors had to use deep pilings to stabilise foundation works for overground lines. But the kingdom’s landlocked capital city doesn’t suffer from the problem of chlorides, which are typical in the Gulf’s coastal cities, such as Dubai, Doha, Jeddah, and Dammam. This, says Awad, is one of the most important safety considerations when it comes to regional rail developments. Chlorides are able to attack and penetrate concrete, which is not a problem in itself until they come into contact with steel. This process can cause the material to rust and expand which, in turn, can lead to the concrete cracking. Rebar, which features an unprotected surface, is at highest risk of swelling. Sulphates represent another ground hazard. Over time, they can cause concrete to disaggregate by reacting with its cementitious content, he adds.

Khalaf says that, at present, there is “no concrete that can actually resist both chloride ingress and sulphate attack”. Instead, separate measures must be taken to control these two risks: the chemical composition of concrete is cast specifically to resist the effects of sulphates, while a thick concrete cover is sufficient to slow chloride ingress across a project’s lifespan.

Producing concrete with the required properties is both technically and practically demanding, as precise attention must be paid to how it is placed or cured on site. Nevertheless, it is possible, as ACTS’ Awad explains: “Today, it is possible to design concrete that can last for more than 100 years, even in a very high-chloride environment. And this is happening.”

Although claims and disputes are a feature of any major construction project, they are particularly widespread within the Gulf’s rail construction sector. The region’s first completed metro system in Dubai, for example, is reported to have generated claims in excess of $2bn (AED7.35bn).

David Brodie-Stedman, managing director of DBSConsult, says that the level of claims and disputes on rail projects is among the highest in the industry; only airport projects create more. He contends that the main cause is a lack of experience among stakeholders, since most are embarking on this kind of project for the first time.

In a wide-ranging project with multiple stakeholders – such as utilities companies, roads authorities, and building owners – a dearth of coordination can slow a project down and generate lost-time claims (LTCs).

“Running a railway line through a city is challenging, both in theory and in practice,” says Brodie-Stedman, who notes that late changes to the route of a line, or the location of a specific element such as a station, can also negatively impact the construction timeline. Moreover, he identifies the regional tendency to award tenders to the lowest bidder as an additional challenge.

“Major projects that are driven by achieving the lowest tender price are usually those that overrun the most,” he explains, pointing out that this tendency creates greater expense for the public due to higher claims costs and longer delays.

ACTS’ Awad says that due to the prevalence of D&B contracts in the rail segment, and the fact that most are carried out by consortia, claims have become an intrinsic feature of such projects. “Because they are so heavily integrated, [these projects] are more difficult to manage,” he explains. “You need proper management of a consortium, distribution of responsibilities, and accountability.”

Awad also emphasises the need to increase awareness of common rail-related challenges amongst clients, contractors, and consultants alike. He says that regional ground conditions, traffic requirements, and people-flow management represent gaps in the knowledge of some construction companies.

“You cannot just close a road that has a mosque or a school on it. People expect things to be simpler, [but they are not],” notes Awad. But he also points out that claims and disputes are not limited to rail projects in the GCC; there have been widespread claims on London’s Crossrail, with contractors on that project also complaining about a lack of client experience.

DBSConsult’s Brodie-Stedman adds that contractors are not adequately factoring in risk when pricing rail projects with significant turnover. He concludes: “The commercial realities are such that contractors desperately want that work, and they are willing to do whatever it takes to win [rail contracts]. In doing so, they take on enormous amounts of risk.” 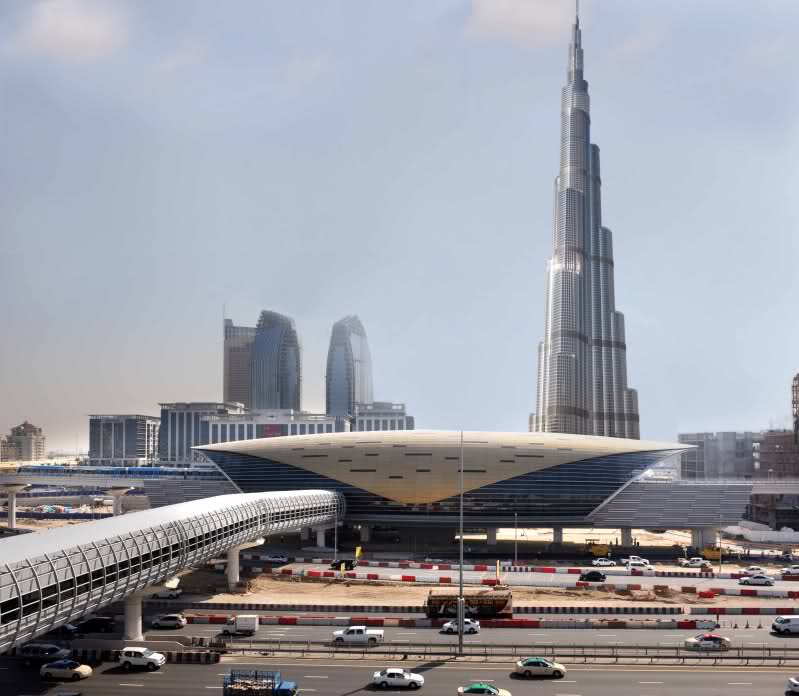