Interview with a Donegal man, digging tunnels through the Riyadh clay

Owenie McBride from Gaoth Dobhair in the Donegal Gaeltacht is working as a construction manager on the Riyadh Metro Project, which he says is currently the largest infrastructure project in the world. He has been working in Saudi Arabia for almost three years.

When and why did you leave Ireland?

I left Ireland in May 2004. I was working on the Dublin Port Tunnel as an engineer on the TBM (Tunnel Boring Machine) and a job opportunity arose in the UK with a company called HB Tunnelling. I worked throughout the UK with this company and during that time I must have passed through 95 per cent of the UK’s airports, from Inverness to Exeter. Based in Doncaster, I worked with HB Tunnelling for eight years before moving on to the Crossrail Project in London in 2012.

I became aware of the Riyadh Metro Project (RMP) through various tunnelling websites and forums. Initially, I wasn’t interested, but I was contacted by a recruiter in London who somehow managed to get his hands on my CV. He asked me if I’d be interested in a role in Riyadh. My CV was sent to the project and the feedback was positive. It was a formality after that, the deal was done and they flew me to Riyadh. I suppose the lure of the tax-free salary was the deal sealer.

What were your first impressions of Saudi Arabia?

Hot! I arrived on October 3rd, 2014, just as the temperature was apparently cooling down, but it took me a few weeks to adjust to the climate. Saying that, I doubt I’ll ever adjust to this heat. I’m in my third summer here now. It is 47 degrees today and it’s certainly not getting any easier. Last year, the highest temperature recorded was 56 degrees. 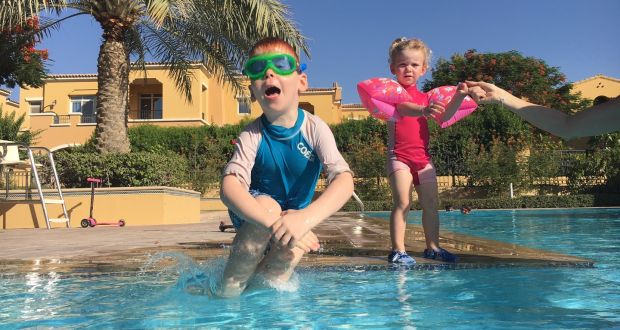 Tell us about your job?

I’m currently working as a construction manager. The project has an estimated value of $20 billion. Currently there is no underground infrastructure in Riyadh, so we are tasked with building a new underground which consists of a six-line metro system that will run for a total length of 176km across the city and includes 85 stations. It is due to open in 2022. I’m involved with the shaft sinking and tunnelling works.

Are there many other Irish working with you, or in other construction positions in Riyadh?

They say that anywhere in the world there’s a tunnel being built, you will come across a Donegal man, and it is no different in Riyadh. At one time, we there were more than 40 Donegal tunnel miners working here. I currently have two Irish engineers working alongside me, Diarmaid Long from Tipperary and Michael Walsh from Sligo. Both worked with me on the Crossrail in London, so we go back a few years. There aren’t many Irish remaining on this project, probably about 20 out of a 20,000 workforce.

Do you think you would have had the same career opportunities if you had stayed in Ireland?

Absolutely not, they say that your first job will determine what path you take in your career and this is certainly true in my case. After the Dublin Port Tunnel I had to move away from Ireland as there was no demand for tunnelling and until this day, every job/project that I have been involved in has had some type of tunnelling work. I worked in Dublin once since moving to the UK, on the M50 widening, where we constructed a small service tunnel underneath the N3 Navan road.

What is life outside work like in Riyadh? Are you involved with the Irish community there?

It’s tough at times, but you just get on with it, and you have to respect their culture here. Saudi Arabia is a dry country (alcohol is forbidden). Friday is the day of rest and prayer in Riyadh. My typical Friday consists of a round of golf with the lads. I normally head for Dubai every three or four weeks for a weekend. In the winter, we train and play with the local GAA club, Naomh Alee GAA – the only GAA club in the Kingdom of Saudi. We attend tournaments throughout the Middle East (Bahrain, Dubai, Al Ain, Qatar, Abu Dhabi) from November to March. After April it’s too warm to play ball.

Do you plan to move back to Ireland? Do you keep an eye on opportunities here?

Eventually I’d love to go back home to Gweedore, but deep down I know that I’ll never find this type of work on my doorstep. Maybe, if the Metro North project in Dublin ever gets the green light for construction, it will be one step closer to home. For now, I’ll have to be content with Riyadh. A possible move back to the UK is on the cards. I believe that construction is picking up at home in Ireland but I’m not sure what effect Brexit will have. The UK has recently awarded some high profile projects, so I think people will continue to emigrate to the UK until the Irish Government decides to spend on improving the infrastructure.