Attracted by the young, fast growing affluent population base of these countries and the stable political climate unaffected by regional turmoil and the global economic slowdown to a large extent, investors have begun to flock to the GCC economies on a large scale. To make the most of this trend, countries such as the UAE and Qatar have bid and won the prestigious honour of hosting international events such as the World Expo in 2020 in Dubai and the World Cup FIFA football event in 2022 that has further boosted investment across sectors and helped garner greater foreign investments for not only the countries in question but its neighbours as well. Others such as Saudi Arabia and Oman have harnessed the tourism attractiveness of the region to use as a cornerstone of their diversified development. Markets such as Kuwait and Bahrain too have benefited from their location and proximity to strategic investment destinations. The resultant construction boom is likely to improve growth prospects across the GCC in the coming years, especially across the infrastructure and buildings sectors. Overall in 2013, construction contracts worth a total of US$ 159 billion were awarded in the GCC region.

As per the project schedules in June 2014, the year 2014 is expected to witness a steep rise in contracts awarded signalling the end of a cautious recovery till 2013. Saudi Arabia has continued to lead the trend with over 48 percent of the contracts awarded, worth US$ 77,137 million in 2013 followed by UAE, with US$ 40,338 million, representing a 25 percent share. The main contractor award figures for Qatar, Kuwait, Oman and Bahrain for the year 2013 were US$ 18,022, US$11,169, US$ 10,922 and US$ 2,284 million respectively. The regional governments had initiated massive developments in infrastructure, economical, industrial and educational projects to revamp the facilities and services provided in their countries between 2010 and 2013 to enhance business opportunities and reduce public debt, which has gradually taken effect and with continued government spending on these critical areas, which have led the recovery of construction and helped it resume its staggering pace. With key statistics and forecasts, backed by its extensive experience in keeping track of construction projects across all regions of Middle East, the team at Ventures Middle East has provided a brief top level overview of the construction sector across the GCC region in this report. 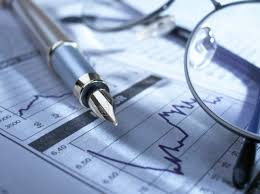